Thursday PM 8.2 on the roads in the rain with Uta, nice run, 52:03, planned strides for tonight but was getting pretty cold/tight by the time I finished up so I decided to skip them.

Saturday AM at Chelmsford rail trail, 3.1 mile warm up, strides- this felt really excellent, all between 4:20 and 4:35 pace but felt easy and smooth, 2 mile tempo- this felt less excellent, aerobically ok but my quads were a bit burny by the end and my HR looks to have been through the roof, for what the watch hr is worth, 10:22 (5:13, 5:09), 3.4 miles cool down

Sunday PM I was in VT for a memorial for my Brother and slipped in a jog on the AT, I planned on 5 but this was pretty hilly single track and so after 25 mins, and according to the Garmin 1.88 miles, I turned around, I would guess it was longer than that given the dense tree cover and very windy nature of the trail but probably not all that much longer...

Summary 43 miles for the week, give or take.  One light workout.  I'm finally to the point where I was willing to write myself a bit of a schedule.  In general I am addicted to having a plan and following a schedule.  I'm pretty good about listening to my body and making adjustments to that schedule as needed.  I would guess I only follow it to the letter in somewhere between 1 week out of 5 to 1 week out of 10 but I do feel that having a plan, knowing how the workouts need to progress and what workouts are going into the overall mix keeps me from training out of balance or from getting caught up in training for training sake.   That said early in a comeback things are so touch and go I find that plans cause nothing but complications, disappointments and artificial barriers.  Far better to just have a general sense of what you are trying to do, is today a recovery day or an increase day or a day I'm going to try to run a 'new' pace.  Then listen to the body.  Many runs I start in the early part of a comeback even as I start the run I don't know how far it is going to be.  I will head out with the intention of trying to run farther then my last 'push day' but that might mean doing 1 minute more or 2 miles more depending on how the body reacts and feels on the day.  I also always end up taking a day off that I don't want to take because I can feel the pressures building in the body and that I'm not as recovered on a given day as I should be before adding new stimulus.
Beyond that I have continued with one to two Feldenkrais sessions per day for cross training.
Posted by nateruns@hotmail.com at 7:19 AM 2 comments:

Thursday 6.7 miles, 6 miles in 37:01 then four strides with Jog back recovery

Summary 30 miles for week. 1 race.  I did a ton of the Feldenkrais work.  Which is not hard, all sort of neurological.  Ok why the race.  Basically I love this race.  This and the great bay 5k are my two favorite local races.  Also I have won here for a few years in a row and I didn't want to give up the streak without a fight. Not an ideal point to race but hey sometimes you need to bend the rules.
Hope you are well.
Posted by nateruns@hotmail.com at 5:37 PM 3 comments:

Rabbit Elite and Training for May 1 to 7 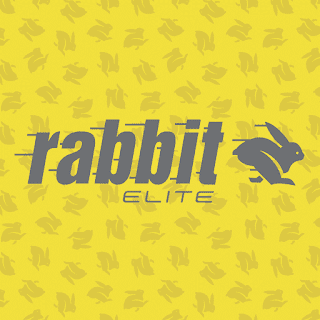 I joined the Rabbit Elite team.  I'm still running for CMS this is an equipment team like Hurricanes or Volee. I joined because I really like the company.  They are small but they still sponsor some up and coming pros.   They make all of their stuff in the USA and it is really nice kit.  If you want to try it out click on the link below and get 10% off.

10% off on Rabbit Running Apparel

Wednesday 5 miles with Uta in 33:05- same loop as Monday I think we deserve some points for consistency.

Saturday 3 miles with Uta and Melissa, 23:29.
I also did a ton of yard work, turning two large compost piles, spreading compost and mulch in my garden and other random stuff like that.
Before bed I did a half hour Feldenkrais 'lesson', more on that in the summary.

Summary I'm back running a little bit, so I'm obviously happy about that.  The calf thing is still there but only very lightly.  The key to fixing it was a Feldenkrais routine, which they call lessons for whatever reason, for pelvic mobility.  After I did it the first time I was able to run without pain for the first time.  I have been doing it before every run and at least once on most of the days I haven't been running.
I honestly have tried most every type of cross training or injury treatment that you can imagine but honestly up until a few months ago I had never heard of Feldenkrais.  It is different.  The idea is to improve your mechanical running and muscular balance through exercises that improve your running coordination and neurological firing patterns.  The lessons are easy to do physically, if anything the risk is that you push to hard.
Melissa has been doing some Feldenkrais stuff that Anna set her up with through Terrence Mahon.  She is the one who found the pelvic routine that helped me get back moving in the right direction.  My plan now is to do a pretty involved program over the next 7 weeks as I slowly build up my running to see if it helps my coordination problem.  Obviously I'll keep you updated on how it goes.
Posted by nateruns@hotmail.com at 2:31 PM No comments: